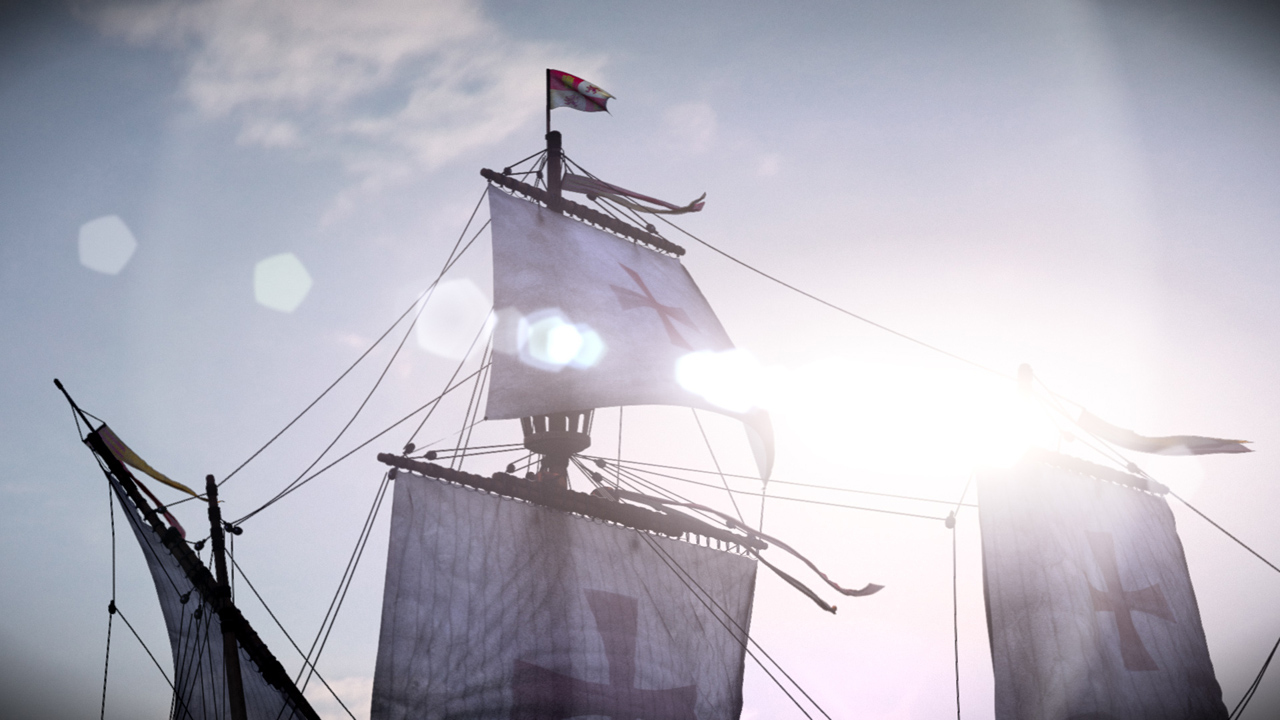 The Making of the “Santa Maria”

In May 2011 I was commissioned by the Film Academy Ludwigsburg and Korion GmbH for a computer game to visualize a high-rez model of an explorer’s ship. The first thing I thought of this was the “Santa Maria” of Christopher Columbus, who reached America in 1492. For a game trailer I’ve rendered a ship and a few additional models for four CG sequences.